Jewish Americans and the Democratic Party 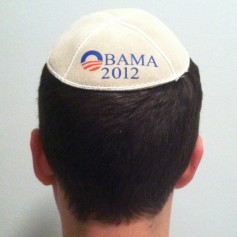 A common stereotype involving Jewish Americans is that they are single-issue voters whose support goes to the candidate with the most hawkish views on Israel. Furthermore, it is widely accepted that the Republican Party is generally the more pro-Israel party. So how many times in the last 100 years have Republican Presidential candidates won the Jewish vote? Once. In 1920, James Cox lost the Jewish vote as well as the Presidency to Warren G. Harding. Since then, Democrats have claimed the majority of the Jewish vote in 23 straight Presidential elections.

Leading up to the 2012 Presidential Election, media reports (Like this one titled “Does Obama have a Jewish Voter Problem?”) began to question if Barack Obama was losing the Jewish vote. This thought process originated following Israeli Prime Minister Benjamin Netanyahu’s staunch rebuke of President Obama’s proposal for Israel to accept 1967 borders with Palestine. The media speculation intensified when a Republican won the special election for New York’s 9th congressional district, which encompasses large Jewish communities, for the first time in almost 90 years. Ultimately, though, it was all for naught as Obama still won 69% of the Jewish vote. And although this was the lowest percentage since 1988, it was still a commanding victory for Democrats.

So why do Jewish Americans continually vote for the Democratic Party? END_OF_DOCUMENT_TOKEN_TO_BE_REPLACED